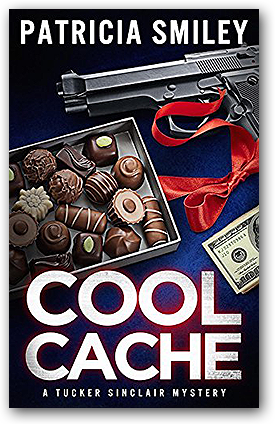 "It's Tucker who makes this series a go. You can't help liking her tenacity and dry wit—she's certainly one cool chick!"
—Romantic Times

One night, Tucker drives by her client's Beverly Hills chocolate shop and finds the door open, truffles strewn across the floor—and the body of cleaning woman Lupe Ortiz lying next to a bloody green feather.

Although Tucker has warned him not to, Eugene Barstok, her fragile secretary-cum-Dick Tracy wannabe, starts investigating. So when he fails to show up for work, she has to follow the kid's unorthodox train of thought and the trail of clues, including the fabled quetzal bird and a Mayan spouted chocolate pot. Tucker knows she must find Eugene before he comes face-to-face with a killer out for sweet revenge. 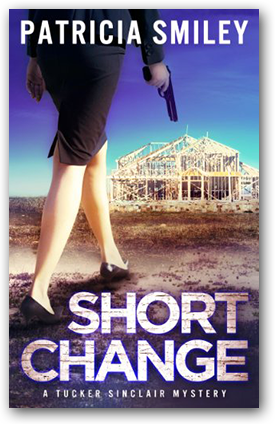 "Amateur sleuth Tucker Sinclair is smart, unflappable and wickedly funny and so is her creator Patricia Smiley."
—Author Denise Hamilton

Savvy management consultant Tucker Sinclair is trying to get her own firm off the ground in Los Angeles. But when you're mixed up in a private investigator's business, trouble is always a prospect...

Tucker Sinclair is a free woman. She's finally escaped from the oppressively corporate Aames & Associates and now runs her own business consulting firm. But with freedom comes unpredictability. What was supposed to be a short stint helping private investigator Charley Tate get his practice established turns into a full-time job. Charley pushes her to go beyond the call of duty—to try to save not only his business, but possibly his life.

It all starts when Eve Lawson stumbles into the Tate Investigations office hoping to find out who is following her. But who would want to follow a bland writer working on a book about the post-World War II real estate boom in Los Angeles? With Eve's wardrobe hopelessly stuck in the eighties, Tucker can only imagine it's the fashion police. But work means much-needed income for Tucker and Charley. They soon learn that they've struck gold when this far-fetched case explodes into murder—and Eve Lawson, who's gone missing, is the prime suspect.

Now Tucker and Charley have to piece together the complex life of Eve Lawson, the troubled daughter of a real estate tycoon. She's been writing a memoir that may have rattled a few skeletons in the family closet. Tucker is on the case—and not even LA traffic can stop her... 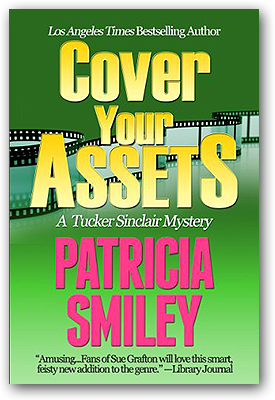 "...snappy prose, a compelling heroine, and a healthy dose of suspense. A series that promises staying power."
—Booklist

Tucker Sinclair's life has returned to normal after her first misadventure with murder in the Los Angeles Times bestseller False Profits. But that's about to change when her old college flame, Evan Brice, strolls back into her life after a ten-year estrangement that began when he dumped Tucker to marry her closest friend. Evan is now a successful Hollywood agent who has acquired many mistresses and a love affair with drugs. Certain people think the reunion between Evan and Tucker is neither spontaneous nor innocent, but before Tucker can set them straight, Evan is found brutally murdered. The police quickly close in on the victims's widow, who turns to ex-best-friend Tucker for help. Tucker soon runs afoul of the detective in charge of the case and finds herself at odds with a biker gang and a narcissistic soap opera star in a race to sort the innocent from the guilty. 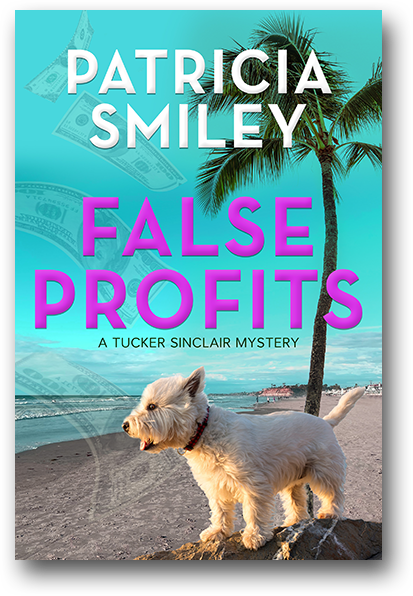 "Smiley's deliciously funny one-liners come fast and furious. The plot is solid and the writing is great."
—Kingston Observer

For business consultant Tucker Sinclair, life is great, but that's about to change. She has a few problems and more on the way. She's divorced but frankly that's only the tip of the relationship-failure iceberg. Her friend and co-worker Venus Corday offers fix-it advice, most of it bad, which is no surprise. Most of Venus's own dates end up as freeway pileups.

And then there's Tucker's mother, Pookie Kravitz, a working actor who's not always working. She's moved in with Tucker—temporarily, or so she claimed three months ago—and she's brought along Muldoon, her needy West Highland white terrier who's turning out to be just one more male with serious emotional baggage in Tucker's life.

Things aren't going that well at work, either. She's finally up for a partnership at a prestigious downtown Los Angeles management consulting firm, but behind the scenes, certain powerful people believe she's climbed too far up the corporate ladder, and they vow to use any means necessary—even murder—to bring her down.

To survive warfare in the corporate jungle, Tucker will need more in her arsenal than a prissy white blouse and a pinstriped suit.