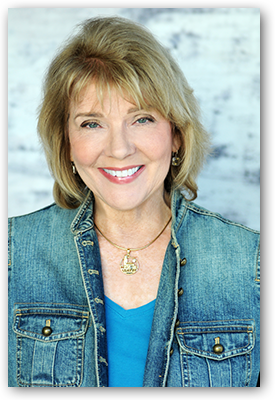 Patricia Smiley is the Los Angeles Times bestselling author of four novels about amateur sleuth Tucker Sinclair. Smiley’s Pacific Homicide series features LAPD homicide detective Davie Richards and is based on her fifteen years as a volunteer and a Specialist Reserve Officer for the Los Angeles Police Department. BookReporter.com chose the third in the series, The Second Goodbye, as one of the top ten crime novels of 2018. Patty's short fiction has appeared in Ellery Queen Mystery Magazine and Two of the Deadliest, an anthology edited by Elizabeth George.

I was born in a smallish agricultural town in Washington State, where my mother taught me to love books and where I fell in love with mysteries while on my first adventure with Trixie Beldon. After moving on to Hammett, Chandler, and Christie, I moved on to college where I majored in Drama but graduated with a degree in Sociology because acting is fun but sociology is practical.

In my first job out of college, I worked in juvenile detention where I learned to cuss and be paranoid. After four years of honing my skills, I snagged a job at the Washington State Legislature where my cussing and especially my paranoia came in handy.

Returning to Seattle, I accepted a job in management for a major cruise line where I learned to say, "You're in the wrong city. The ship leaves from Vancouver, Canada, not Vancouver, Washington."

After exhausting all the lessons to be learned in Seattle, I headed for sunny California where I worked in management for a Los Angeles temporary personnel agency and did some acting on the side. Needless to say, the lessons I learned while acting cannot be printed here.

I finally decided the lessons I was learning were the wrong lessons, so I enrolled in graduate school to get my Master's degree in Business Administration. While there, I discovered something that changed my life: I wanted to write a novel, and not just any novel but a mystery novel. And not just any mystery novel but one set in Los Angeles.

"Why do you want to write about L.A.?" people said. "It's so been done before." But by that time I had fallen in love with the city. Almost every day it made me laugh, grimace, and shake my head in amazement. One thing it never did was bore me. What's more, no one had written about my L.A., at least not in the way I experienced it.

So, I wrote four humorous novels about business consultant and amateur sleuth Tucker Sinclair, assuming that her job helping distressed companies in corporate America and her cussing skills would keep her busy solving crimes indefinitely.

But sometimes heroines need more than troubleshooting powers. They need police powers, so I created LAPD Homicide Detective Davie Richards and along the way learned that Sociology may be practical but writing is much more fun.

Q & A with Patty on the Tucker Sinclair Series and more!

News article: "Writers Group Shows What an Asset It Is"